↵ TO THE NEWS OVERVIEW

Already for the third time our team faced the task to become one of the best beach volleyball company teams in the Cottbus area. With almost 20 registered teams, this was not an easy task and so all team members (4-person mixed tournament) had to give their all from game 1 onwards in summery temperatures. The tournament was played according to the classical Swiss system, whereby the change of substitute/change player was possible at any time. Due to the long course of the tournament, this was an ideal way of playing, so that even at a late hour all players were still strong. 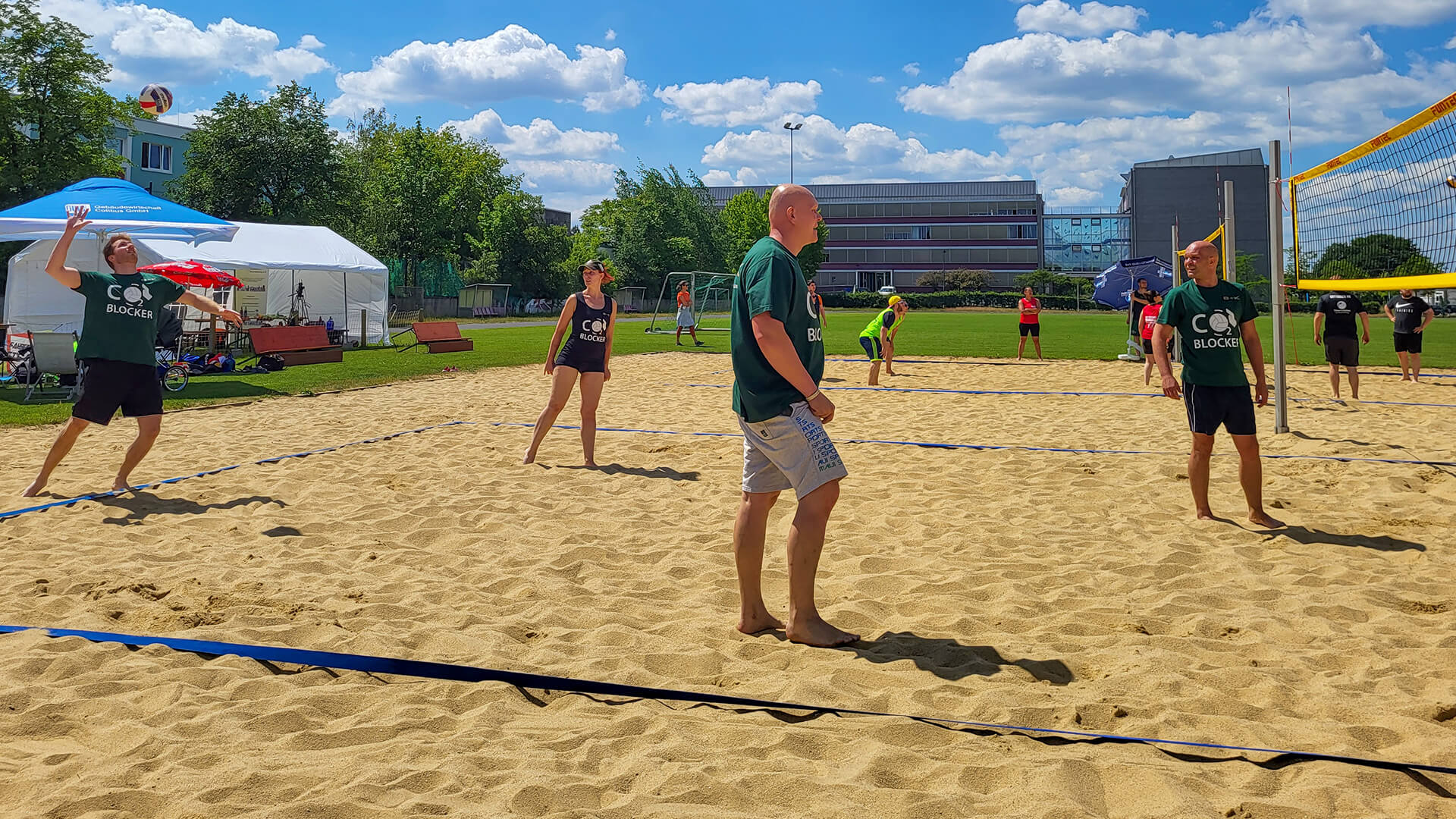 THE B+K VOLLEYBALL TEAM CO2-BLOCKER GET A SENSATIONAL 4TH PLACE.

In the duel for the volleyball crown, the CO2-Blockers took a surprising but not undeserved 4th place and improved the previous best (6th place) by a whole two places. The B+K family is proud of the result achieved and is already looking forward to participating next year!

Would you also like to celebrate success in our team in the future? We still have some great positions to fill. You can find all open job searches on our career page!

YOU WOULD LIKE TO LEARN MORE ABOUT OUR COMPANY?